The then-named Stuyvesant Theatre was opened in 1907 with the musical A Grand Army Man with Antoinette Perry. The venue was designed by architect George Keister for impresario David Belasco, who later gave his name to the theatre. The interior featured Tiffany ceiling panels and lighting, lush murals by Everett Shinn, deluxe woodwork, and penthouse apartment comprised of ten rooms used by Belasco as an office and living space. After his death in 1931, the space was taken over by Katharine Cornell and Elmer Rice. In 1949, the Schuberts bought the theatre and leased it to NBC before returning it to legitimate use. Today, the venue hosts a wide variety of plays and musicals.

The theatre is also said to be haunted by David Belasco’s ghost, with numerous accounts from guests and performers claiming to have spotted him during or in between performances! 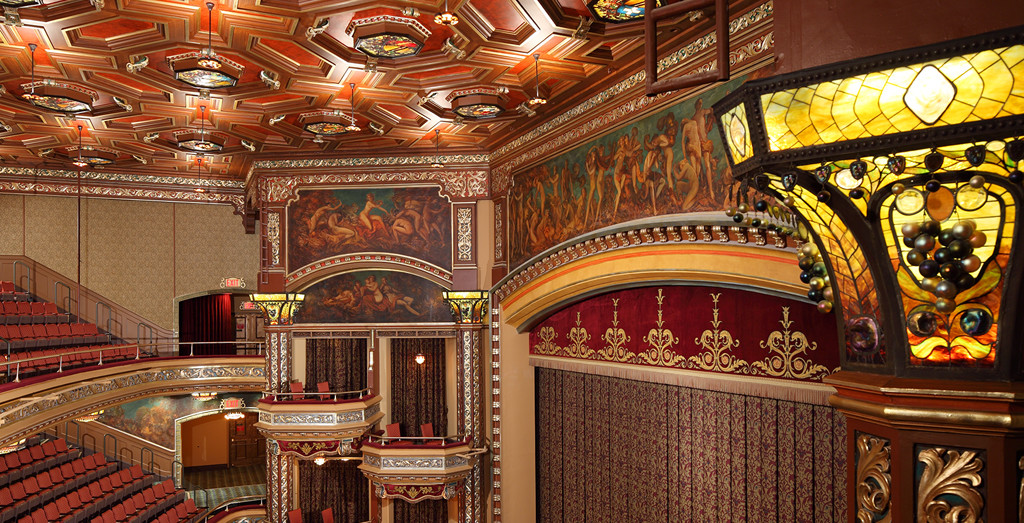 For ticket information and information on our ticket provider please see the Belasco Theater tickets page.

For seating chart configuration and find out about accessible seating, please see the Seating Chart page.